River Ridge Elementary School will be Kent School Districts western-most elementary school, and is intended to reduce overcrowding and serve the families of Kent Valley.

While most know this site for its decade-long history as a school site, this property has an interesting history. During the Cold War Washington State had several significant military and industrial facilities that needed to be defended, including the Boeing plant in Kent Valley. The military initiated development of a supersonic missile system, called the Nike Ajax to defend the Valley against enemy aircraft.

The S-43 and S-45 Kent/Midway Nike Site was operational from 1955 to February 1963. The control and headquarters were located a few blocks away, where the Washington Army National Guard training facility is now located. The dual launch area occupied the area where the River Ridge Elementary School will be constructed, and the launch magazine has been covered with soil and turned into the Grandview Park Regional Off-Leash dog park. Sold to the Kent School District in the late 1960’s, the site found new life as a school facility. 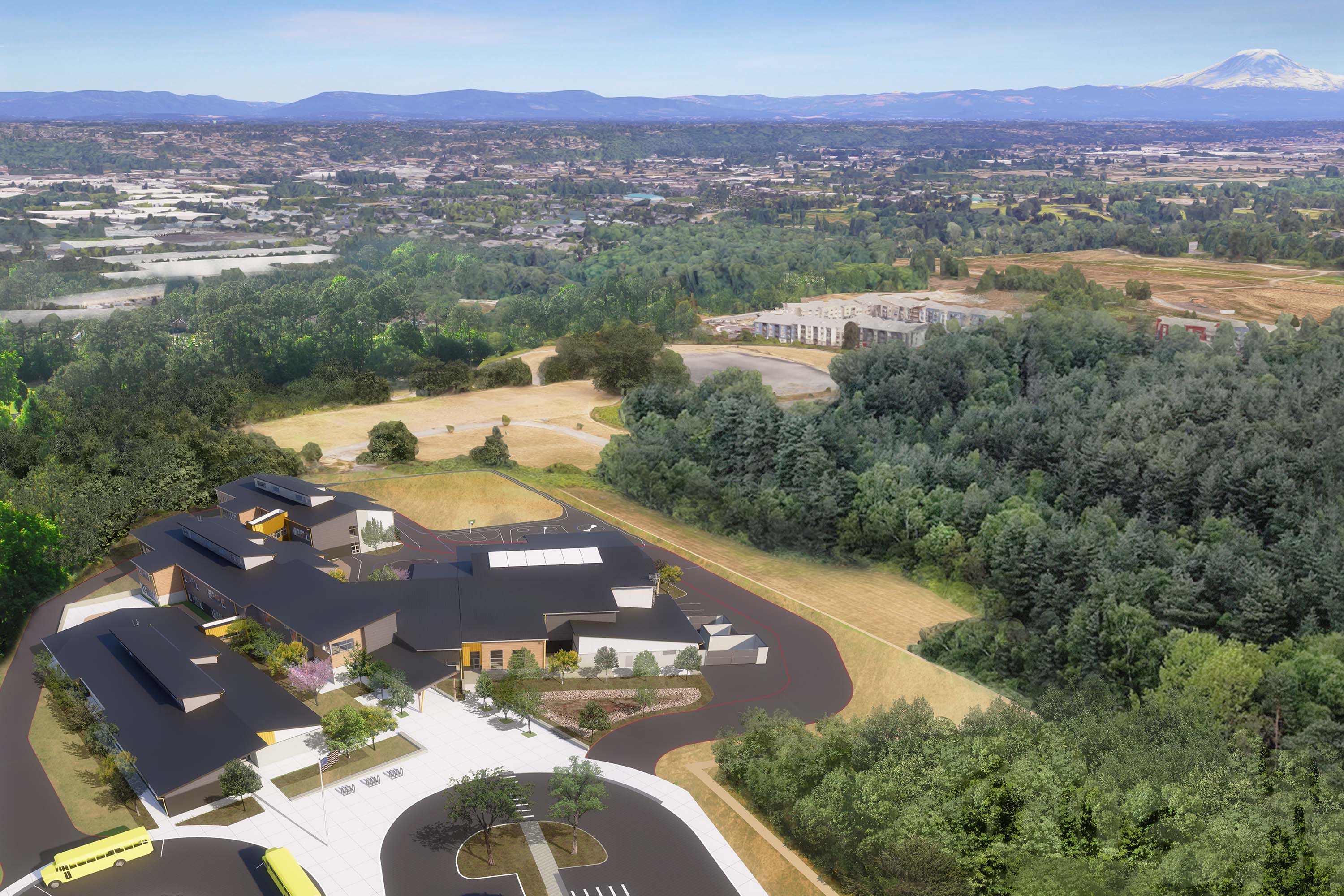 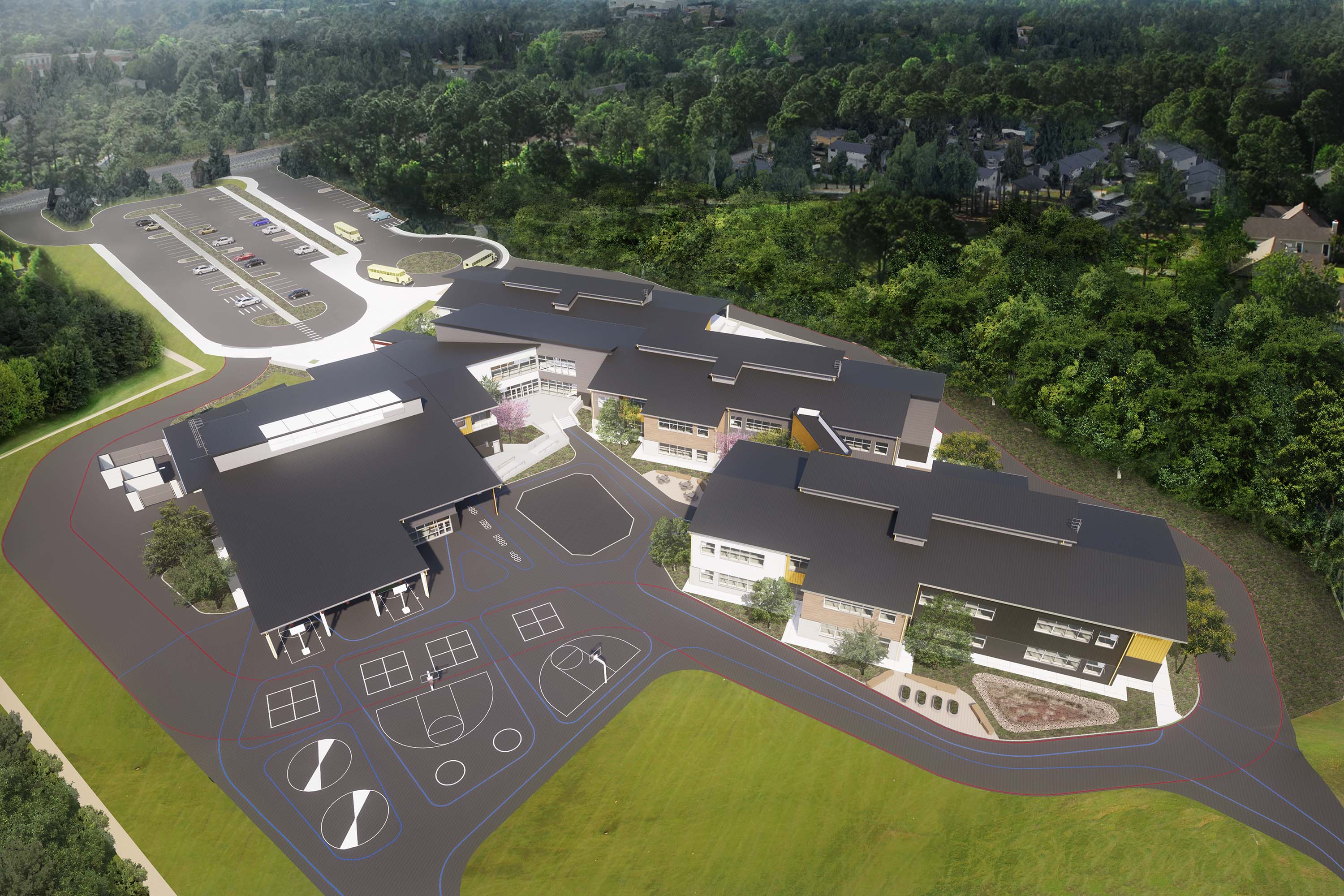 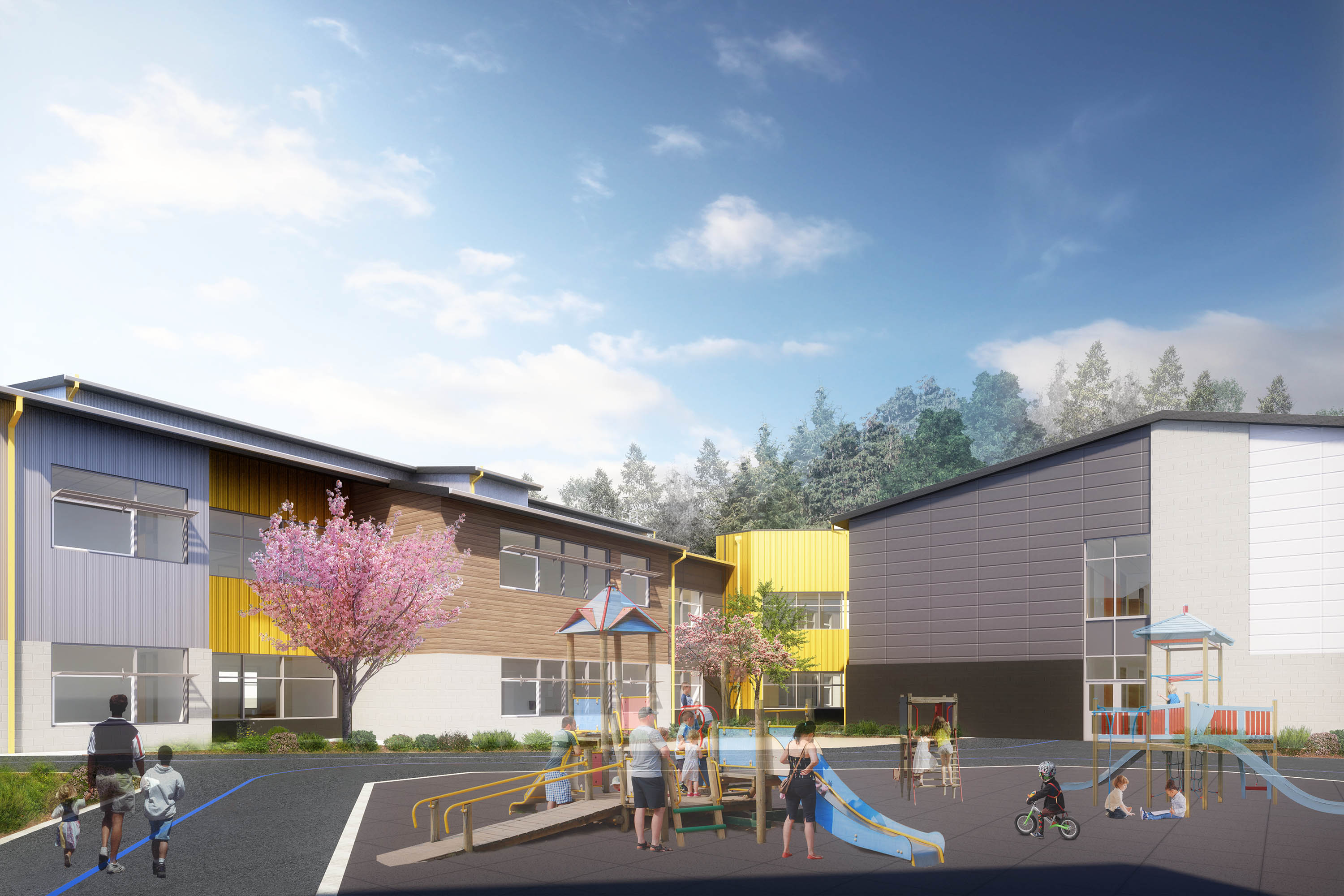 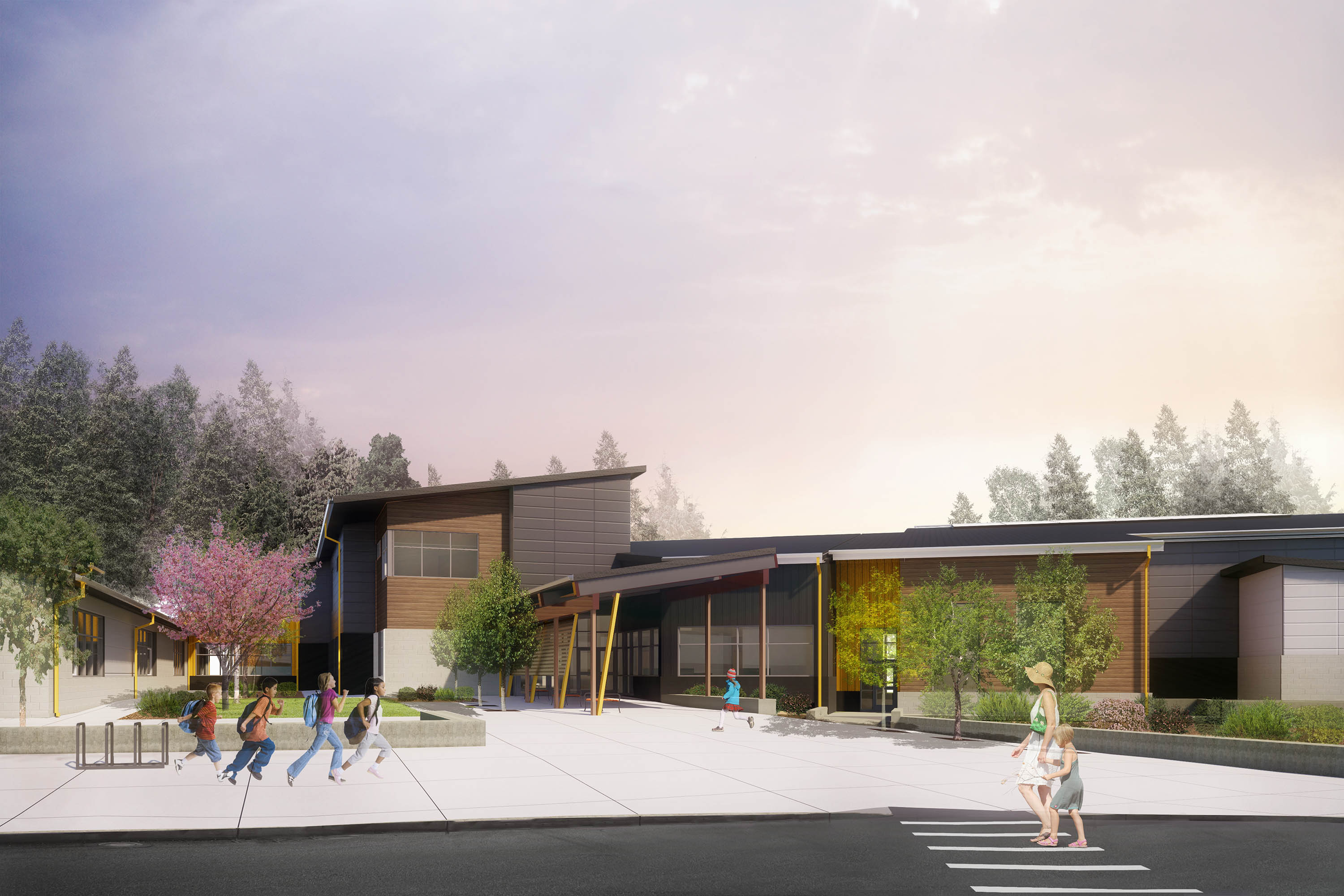 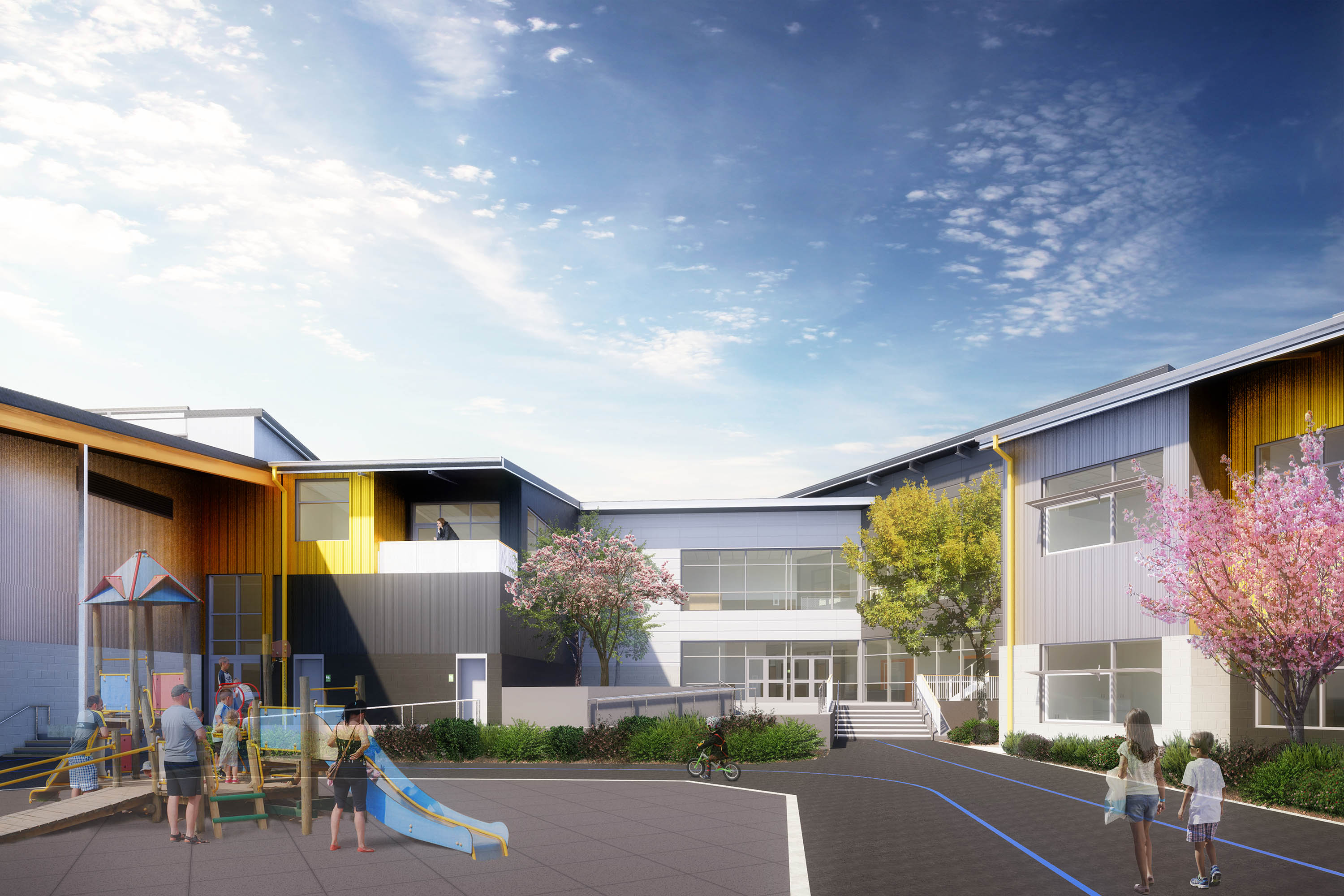 Taking advantage of sloping topography, the classroom wings of the new school step down the site, stretching out towards the neighboring Grandview Park. This orientation provides classrooms, shared activity spaces, and the playfields with views of Mt. Rainier and the greater Kent Valley. River Ridge Elementary is organized to support and encourage teaching and learning at all scales, balancing durability with flexibility to create a state-of-the-art facility that supports the types of educational programs and teaching methods that Kent School District is striving to deliver to their students.

The school is scheduled to open fall 2021.